A recent study by the London School of Economics shows that when comparing the right parameters, European VC actually performs equally well as US venture capital.

Why does the European VC industry have such a bad reputation?

The reputation of the VC industry in Europe still suffers from the unreasonably large weight of investments made during the early 2000’s techno-bubble in long-term statistics. Unlike in the US, the vast majority of the early European VC investments were made at the worst possible time.

The landmark study, called European Venture Capital: Myths and Facts and authored by Ulf Axelson and Milan Martinovic, was presented at the recent European Investment Fund (EIF) event (called Nurturing a Vibrant VC Ecosystem) that took a look at the development of the European VC scene. Publishing the study at an EIF event was also quite appropriate: during its 20 years of VC activity, EIF has done some great work to promote and develop the European VC industry.

Drawing from the most extensive deal-level data set developed to date on both US and European VC activity before 2011, the study compared 35.798 European and US venture capital investments. Instead of comparing all investments as a single group, the study compared the companies based on the initial VC investment year. This method eliminated the huge difference between US and European VC activity during the difficult bubble years and the European inactivity within the very profitable period before the bubble. 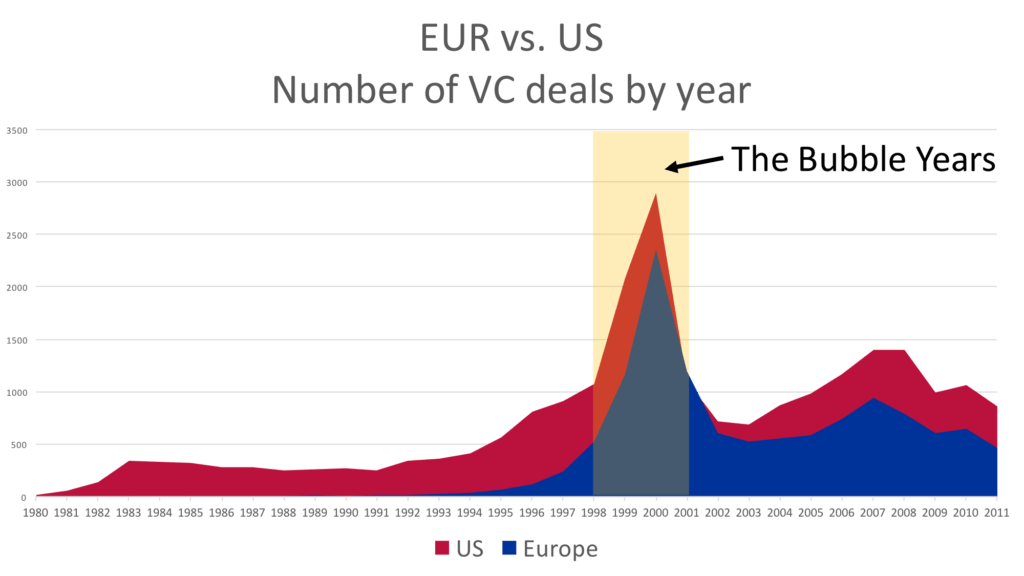 When comparing the liquidity events of US and European VC vintages, the study found that:

These results are from a data set from 2011 and earlier. The European VC scene has progressed fast since and the number of VC investments in Europe has grown faster than in the US since 2011. Europe is catching up US both in entrepreneurial and venture capital experience.

To me, these news are not only gratifying (it is always nice to hear your chosen field is doing well) but they are also encouraging in a larger sense: Europe is a great place to be a tech entrepreneur and an investor. And this, in turn, is good for both the overall economy and institutional investors looking for good investment opportunities.

One response to “The hidden truth of European VC performance”