Venture Capitalists should be experts in seeking and supporting extreme growth. And they actually are.

And the value is not only theoretical: the real-life economic impact of VC is phenomenal.

You need some evidence? Let’s have a look at US public companies founded since 1979. The companies with VC-background represent

of all companies listed within the last ~40 years. 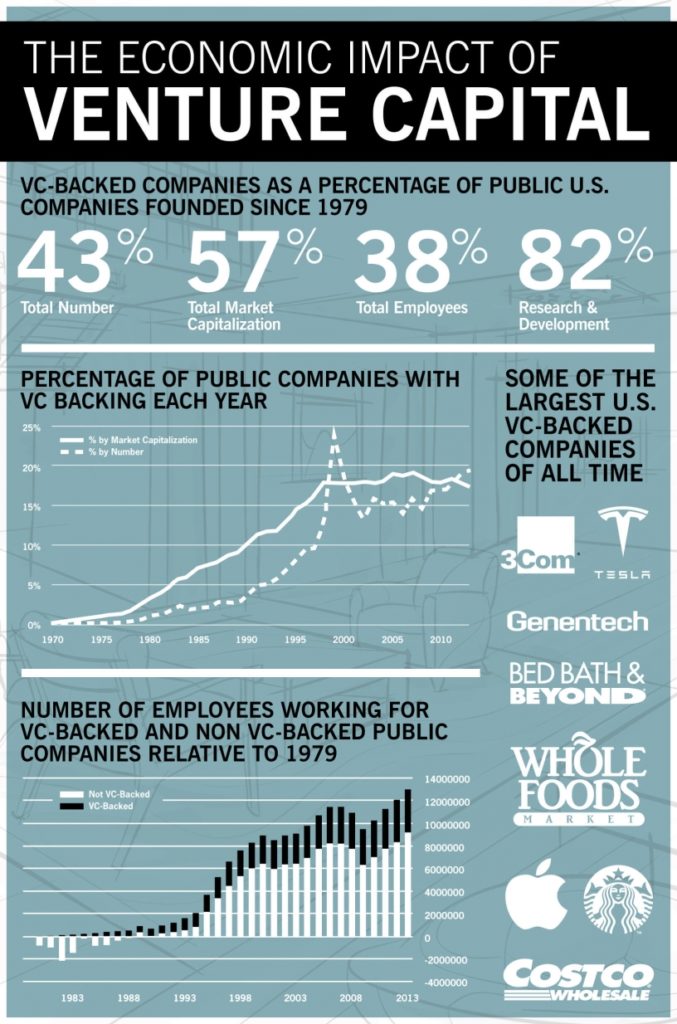 The Economic Impact of VC in US, Source: standford.edu

The trend holds well even if we look all US public companies – not only the fairly new ones:

Out of the Fortune 500 companies in the 1950s, nearly 90% have been pushed out by new growth companies. Almost half of the newcomers have been VC funded. This is massive Creative Destruction in real action.

What about growth in Finland?

The VC industry in Finland is new and small compared to the US and the relative volume of VC has been far below the US levels. Despite the short and bumpy history of VC in Finland, the results are remarkable:

I am eagerly waiting for the FVCA meeting this week where Tesi will report some of the latest performance data from Finnish VC and PE industry.

How to keep things rolling?

Now, nearly two decades after the bubble, we are in a very strong positive swing:

If these strong positive trends continue long enough, we have good reason to expect similar success stories and Creative Destruction in Finland as we have seen in the US.

To keep things rolling we need to ensure that:

Startup funding is very much tied to economic cycles. Cross-border investments tend to disappear fast when the going gets tougher. Entrepreneurs can count on stable long-term support only from established local VCs with a long track record and deep enough pockets – if there are any around.

Still some work to be done

I can easily spot at least two potential areas of improvement here:

A look in the mirror

Finally the most important question: is the Finnish VC performing well enough to attract new investors?

The European VC track record has already turned positive: returns are very good, almost on par with US VC market as we reported in an earlier blog entry called The hidden truth of VC performance.

So, how about Finland – is the VC performance competitive? Stay tuned – I will write an update after the Tesi presentation mentioned earlier.