How to save the startup and VC ecosystem?

In our previous blog post, we mentioned the COVID-19 pandemic (which, of course, was not a pandemic back then) as a macro threat that may disrupt the venture and startup ecosystem. Unfortunately, we were right to a degree we could not really imagine.

However, there have been startup and VC crises before. In this blog post, we will cover some of Nexit’s experiences from the year 2000 and 2008 crises and how they severely crippled or even destroyed the startup and VC ecosystem. 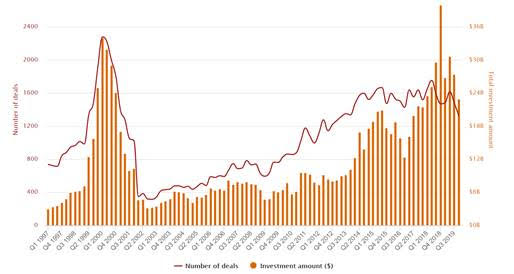 While these crises were quite different in nature, they shared many features:

All in all, there was soon a significant shortage of VC money – and the remaining capital became extremely expensive.

The two crises differed in a significant way, though:

From 2000 to 2003, the impact of the market disturbances in the VC and startup ecosystems grew to a much larger scale. In early 2000 there was an all-time high amount of uninvested VC money around, but it soon disappeared:

If an entrepreneur was somehow able to raise additional capital, it meant drastic dilution:

For the vast majority of entrepreneurs and their VC funded companies, there was simply no way forward. So, vast amounts of entrepreneurial and VC investments in innovation and growth were destroyed.

The European view of Dotcom Crash

In 2000, the European VC and startup ecosystem was still very young, thin, and immature. Unlike in the US, the Europeans lacked the steady flow of entrepreneurial VC success stories from the ’80s and ’90s.

After the bubble burst, it took much faith from Europeans to hang with the very distant Silicon Valley entrepreneurial role models. In reality, thousands of European entrepreneurs lost their faith in startups and VC funding for good – a lost generation of entrepreneurial power was generated.

Unlike in the US, the Europeans lacked the steady flow of
entrepreneurial VC success stories from the ’80s and ’90s.
Data: DowJones Venture Source

During the year 2000 crisis, Nexit took the following approach:

The most unfortunate thing for Nexit was that the fund size was reduced by one third, and we lost half of our remaining dry powder. With the new smaller fund, Nexit could not fully defend its position in some high growth companies that required a lot of further funding. Two Nexit investments, in particular, were painfully diluted: Mobile365 (which Sybase acquired for $425M) and Bitfone (which HP acquired for $155M). But regardless of this, Nexit became a positive exception in the year 2000 VC fund vintage and returned a significant share of the capital to its investors.

How to minimize the damage?

It is still too early to say how the COVID-19 crisis will play out: will we hit a prolonged slump á la 2000, or will the ecosystem recover relatively fast like in the US after 2008? Both previous crises were L-shaped in the European venture ecosystem while U-shaped or even V-shaped in the US.

The critical question is: how LPs, VC funds, companies, and government policymakers should work together to make this a short disturbance and avoid the 2000-2003 type of total nuclear winter killing the VC & startup ecosystem?

We are anxious about the potential adverse outcomes:

The tremendous growth opportunities and exciting new technologies are still there. It is up to us all to be wise and decisive and make this a short slump.

Nexit is actively joining relevant discussions and studying related initiatives to be an active part of the rapid startup and VC ecosystem recovery. Be in touch with us if you want to discuss this further.

5 responses to “How to save the startup and VC ecosystem?”