Is the ICO Fever Over?

When we last looked at the ICO (Initial Coin Offering) scene in May 2018, the market had just hit a new monthly USD 7 Billion all-time high (please see the note at the end of the post). There were some fraudulent offerings and other warning signs, but the ICO fever was raging. Even the strong Bitcoin price correction in January 2018 did not seem to dampen the enthusiasm.

In light of the most current data available, Q1 of 2018 seems to have been the height of the ICO bull market. According to the latest dataset released by Elementus, ICO volumes have come down significantly since the Q1 peak. The latest reported month was August 2018 with a volume of just under USD 1.5 Billion raised. 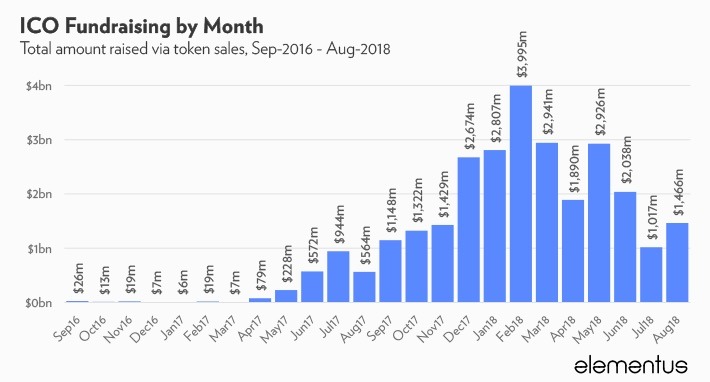 Not only have the volumes come down significantly, but also the percentage of successful ICOs has come down drastically. While over 80% of ICOs were successful in mid-2017, this number had fallen to just over 20% by August 2018. 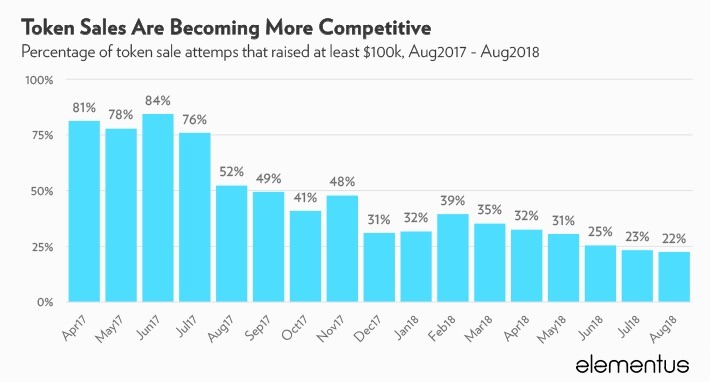 It looks like investors have become more selective as the market matures – or, alternatively, the number of low-quality opportunistic ICOs has risen but they have been rejected by investors.

The last interesting nugget is the shift in the geographic distribution of ICOs – Singapore was the #1 in the number of ICOs in August 2018 (although by a small margin only). Time will tell whether this shift is a blip on the radar or something permanent. If the shift is due to the increased regulatory scrutiny in the US, it might very well be a permanent one – at least until the regulatory pressure grows in other markets, as well. 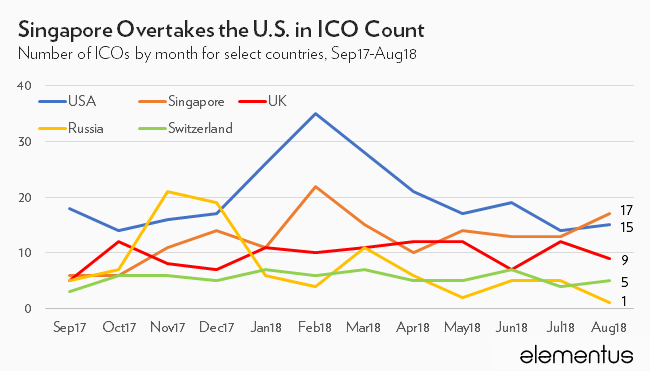 So, are we nearing the end of ICOs? No, we don’t think so – the market is merely maturing:

A note on the Elementus.io data

The USD 7 Billion figure mentioned at the beginning of this blog entry was sourced from a data set published by Elementus.io in May 2018. Somewhat puzzlingly, their latest research has downgraded that amount to just below USD 3 Billion. For your reference, below find the two ICO volume charts published by Elementus in May of 2018 and September of 2018. 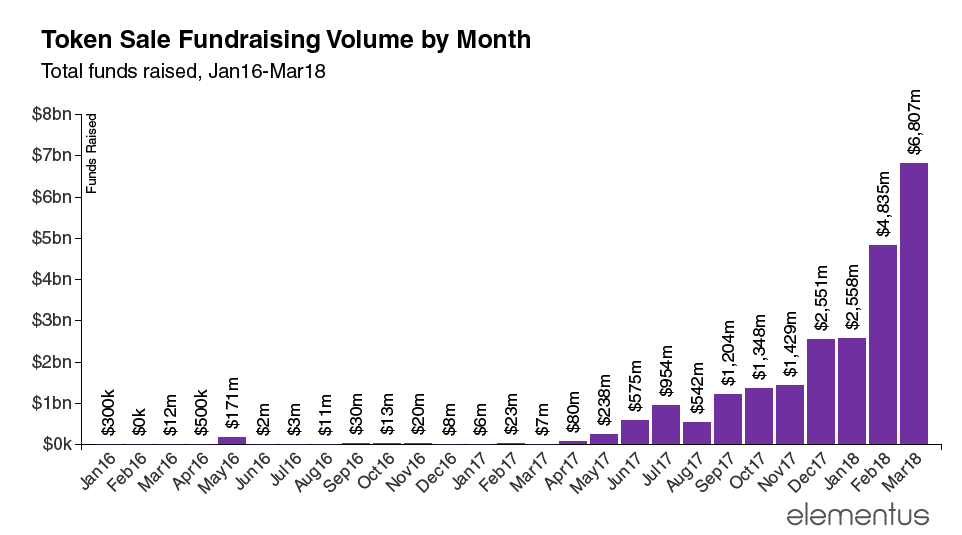 One possible explanation is the use of different cryptocurrency exchange rates in the two datasets. We have reached out to Elementus to inquire what is the reason behind the large variation of numbers and will let you know when we find out more.

* The title image is courtesy of JD Hancock under a Creative Commons 2.0 license.