One of our most popular posts last year was our review of the hottest VC trends of 2018. So, without further ado, here is an updated version for 2019.

Similarly to last year, we reviewed a ton of VC and startup related reports and studies and:

2. Added some of our own conclusions and predictions.

In 2018, we saw another 50% growth in VC activity, with a staggering total amount of $255 Billion invested:

Despite the record amount of funding, the global number of deals declined for the third year in a row – the focus was in large late-stage deals: 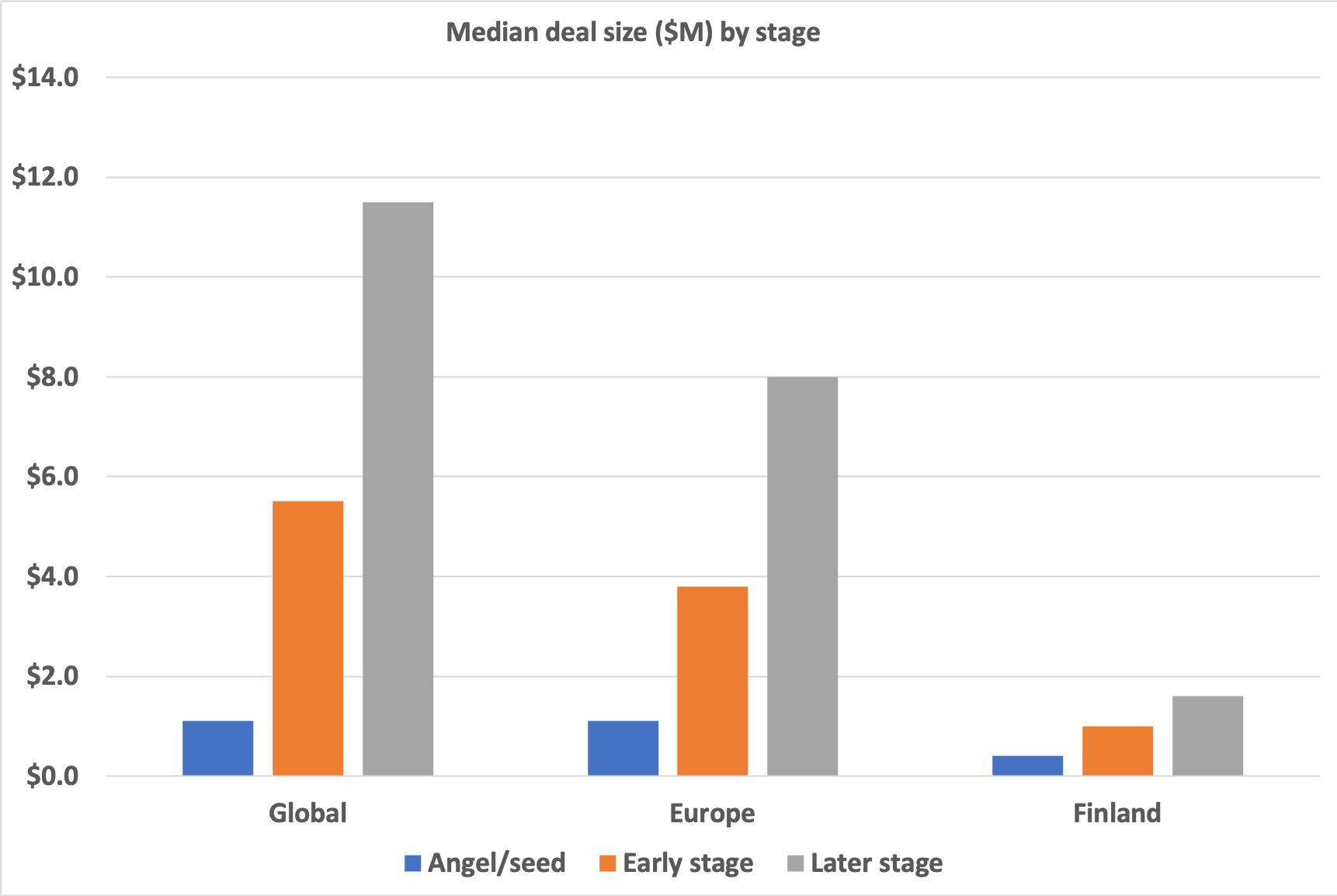 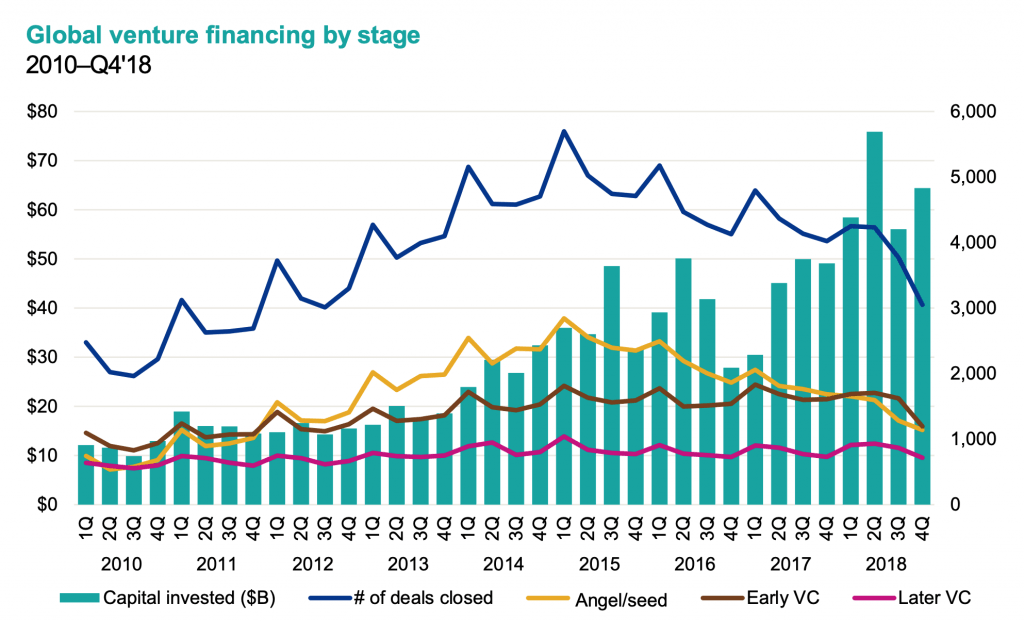 Emerging markets are stepping up

Valuations and up rounds still growing

A strong exit market, affected in Q4 by the stock market correction

Fundraising continues to be strong

We at Nexit believe that the next long-term productivity-enhancing set of technologies have emerged to transform business-to-business operations and various industrial processes.

A perfect storm with the current available talent, readily available and affordable computing capacity, and the ability and the instrumentation to capture relevant industrial data from the business and product operations is here today. According to the World Economic Forum, AI-generated digital dividend will exceed 100 Trillion dollars of value to societies and business, and industrial actors can capture nearly 13 Trillion USD of value from AI by 2030.

PriceWaterhouseCoopers, McKinsey & Co., and World Economic Forum all estimate that global GDP could be 14% to 16% cumulatively higher (13-16 trillion USD) in 2030, due to the adoption of applied artificial intelligence technologies across different industries. McKinsey further estimates that up to 70% of the companies have adopted AI-based technologies by then– but not fully.

Unfortunately, Europe’s share of investments in applied artificial intelligence technologies is only 9% of the global investments (mimicking the modest share of the overall VC activity in the region). Other factors slowing down adoption and the use of machine learning as a competitive advantage in Europe, are relatively conservative corporate cultures in European corporations and lack of adoption in data-driven strategic decision making.

We believe that corporations in Europe will have to start increasing adoption of the applied AI technologies, through acquisitions of AI-based products and services and potentially incorporating startups via M&A to their core future business operations.

European share of the M&A deal flow has been around 30% of the global M&A deal flow in terms of cases, but only 18% in terms of dollar value. To speed up the adoption and to create competitive advantages, European corporations could increase the inflow of new ideas, technologies, and talent via faster and more aggressive investment and M&A activity.

Northern European applied AI startup ecosystem has never looked stronger in terms of quality and opportunities to invest in our opinion. Nexit Ventures is executing our mission to invest Nordic growth capital sustainably and profitably to strengthen the digital disruptor’s positive impact on society.

Below please find some principal sources used in researching this blog post and other good sources of venture industry information.

One response to “The hottest VC trends of 2019”